Video frame of the recording of Beethoven's "Heroic" symphony, made by the Tenerife Symphony Orchestra in the Grantecan
Advertised on
14/01/2021
Authors
SCIENCE COMMUNICATION AND OUTREACH UNIT
Headquarter
Roque de los Muchachos Observatory

The Cabildos of La Palma and Tenerife, together with the Instituto de Astrofísica de Canarias (IAC) present the recording of the Eroica Symphony of Ludwig van Beethoven, performed by the Tenerife Symphony Orchestra in the dome of the Grantecan, to celebrate the 250th anniversary of the birth of the composer.

Today, at the Fundación Cajacanarias, in Santa Cruz de La Palma, the recording of the concert that, last October, the Tenerife Symphony Orchestra, conducted by Víctor Pablo Pérez, performed of the symphony no. 3 in E flat major op. 55 the Eroica, by Ludwig Van Beethoven, at the Grantecan or Gran Telescopio Canarias (GTC) was presented. The audiovisual, made to commemorate the 250th anniversary of the birth of the German composer, was supported by the Cabildo of La Palma, the Cabildo of Tenerife, and the Instituto de Astrofísica de Canarias.

At the presentation, the president of the Cabildo of La Palma, Mariano H. Zapata, said that this production, “shows to the world the image of an island which brings together culture, music and stars for those who want to come and enjoy them”, and added that “it has made me proud to be a part of this nice initiative which I am sure will continue to make a place for our island in the outer world, thanks to the high quaility of our sky, which has been reached by the exceptional music which today is being shown in this audiovisual format."

The Councillor for Culture, Jovita Monterrey, also showed her satisfaction for giving support from her department for this project “which unites science, in this case represented by astrophysics, and culture, which is a great confort in these complicated times in which we find ourselves, and which we are sure will shed light on a scene with so many shadows.”

The Vicepresident and Councillor for Culture of the Cabildo of Tenerife, Enrique Arriaga, stated that he was convinced that this project will produce a very positive impact on the cultural promotion of the islands of Tenerife and La Palma, as well as being an example of collaboration between institutions which produces an opportunity to make closer cooperative links between the two island corporations.

In her speech, the Deputy Director of the Instituto de Astrofísica de Canarias, Casiana Muñoz-Tuñon, stressed that “the IAC and its observatories are always looking for new challenges, and in this case it was a social challenge, to be able to reach everybody via Beethoven’s music, a platform which makes a link with everything the Universe can be”. Muñoz-Tuñon said that the recording was “a beautiful event”, in which the IAC had the opportunity “to be the intermediary so that extraordinary music can reach society, which can enjoy the symbiosis between music and science”. For the Deputy Director “to be in the dome of the telescope with such elegant musicians, playing so well and moving round with the telescope while its majestic mirror also moved, es a magic experience which I will never be able to forget."

Finally the Honorary Conductor of the Tenerife Symphony Orchestra, Victor Pablo Pérez, affirmed that recording in the installations of the Grantecan had been “an unrepeatable experiences” and emphasized how opportune it is to interpret this magnificent piece by Beethoven “because it is heroic to have scientific installations in the world front rank, such as the Roque de los Muchachos Observatory”. The musician said that “interpreting Beethoven’s Third Symphony is an invitation in sound to enjoy one of the most intense pieces by the composer in magical surroundings, where his music is even greater as it floats into space”.

Trailer of the video: https://youtu.be/sv-jqk_UtRw 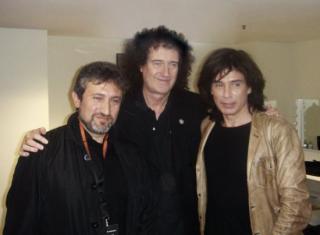 Press release
Jean-Michel Jarre: "The extraordinary landscapes of the Canary Islands are very inspiring to my music"

The French musician, pioneer of electronic music, visit observatories of Tenerife and La Palma to prepare for the concert "The Music of the Stars" 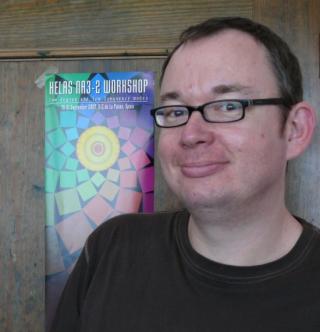 Press release
The Galaxies "tune up their musical instruments"