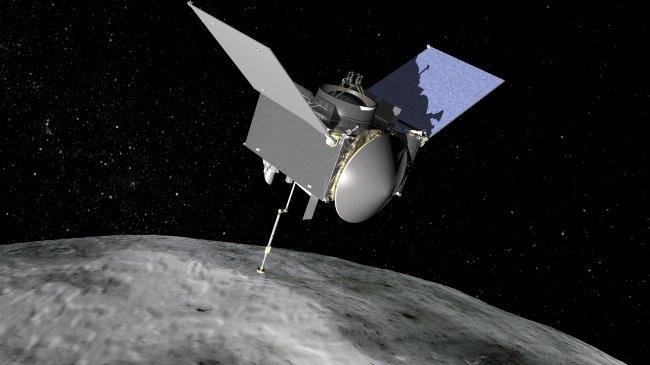 On September 8th NASA will launch, from Cape Canaveral, the OSIRIS-REx probe to study the asteroid Bennu. Javier Licandro, and Julia de León, researchers at the Instituto de Astrofísica de Canarias (IAC) are participating in the prior reunion of the Science Group on 6th and 7th September and will be present at the launch of the probe, planned for the following day. During 2018 and 2019, OSISIS-REx will characterize and take samples from the surface of Bennu, which will be analyzed when it returns to Earth, around 2023.

Bennu is a NEO (a Near Earth Object) whose composition dates back to the origin of the Solar System, from the time at which the oldest known meteorites, the carbonaceous condrites, were formed. “Bennu” explains Javier Licandro, “has hardly changed since it was formed 4,500 million years ago, so that by analyzing its composition and surface we can obtain knowledge about how the Solar System was formed, and how life began on our planet. OSIRIS-REx will also give us useful data on Bennu to help calculate its orbit more precisely and estimate the probability that it will collide with the Earth.

The IAC team will be involved in different activities during the two phases of the mission. During its flight and visit to Bennu, they will form a part of the IPWG (Image Processing Working Group) and will produce colour maps from the images taken by the OCAMS (OSIRIS-REx Camera Suite) which will permit the study of the geographic distribution of the absorption features produced by hydrated minerals, fundamental for evaluating the abundance of water. They will also contribute to the choice of the site from which the samples will be taken, and will make in-flight calibrations.

“Afterwards, we will keep working on the physical characterization of primitive asteroids, which will be needed to support, improve, and set in its context the science from OSIRIS-REx. To do so, we will study the surface spectral and thermal properties of the collisional families of primitive asteroids in the main belt, the populations outside the belt, the active asteroids and the comets from this belt (MBCs or Main Belt Comets)”, says Julia de León. In addition, Julia will lead the spectroscopic cataloguing of primitive asteroids (PRIMASS, Primitive Asteroid Spectroscopic Survey) in the visible and near infrared. Finally, they will use data from several asteroid catalogues such as VISTA VHS, J_PLUS, and that of the GAIA mission.

Web of the OSIRIS-REx mission: http://www.asteroidmission.org/