SILVIA TORRES-PEIMBERT “Light pollution has a negative effect on astronomical observation, and on living creatures, including on our health. 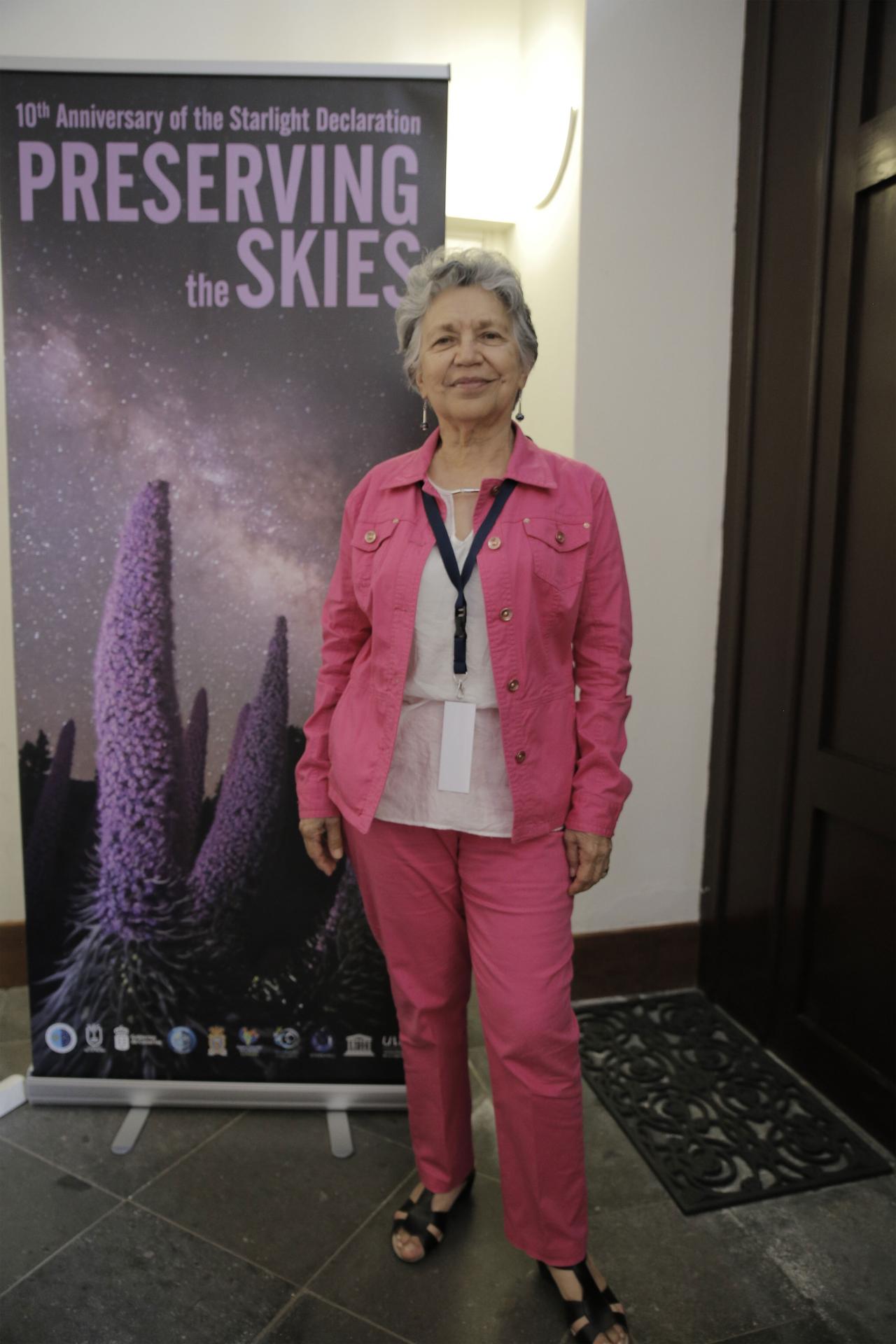 "Darkness allows us to observe and detect the faintest objects"

"In Astronomy it is not sufficient to think about these objects and to theorize, we need reliable observations and of course, dark skies"

"A woman in Science, in addition to her scientific work, faces the challenge of forming a family, if this is how she wants to plan her life, at times when she is still young and when neither her research career, nor her job, and not even the city where she works, are yet established"

The International Astronomical Union (IAU), the largest professional astronomical organization inthe world, will celebrate its 100th anniversary in 2019. During a century of existence, only two women have been its Presidents. The current President, the Mexican astronomer Silvia Torres-Peimbert, an expert in star forming regions and winner of the L’Oreal-UNESCO prize for women scientists in Latin America, is in Santa Cruz de La Palma this week, participatin in the “Preserving the Skies” conference, which is celebrating the 10th anniversary of the Starlight Declaration of La Palma.

Question:Why hold a conference to preserve the dark sky?

Answer: Preserving a starry night is very important to the astronomical community because we need to defend the possibity of continuing ot observe from observatories where the sky is dark and is not contaminated by the lights of the cities which surround us, or from nearby villages etc. It is vital to have dark skies, and among other qualities, cloudless nights, with good atmospheric transparency, because darkness is what allows us to observe and detect the faintest objects. These objects are faint either because they are intrinsically faint, perhaps small, and close to us, or maybe they are even galaxies which are bright, but very distant. The only way we can find out is by observing them. In astronomy it is not sufficient to think about these objects and to theorise, we need reliable observations, and for that reason we need dark skies.

Q: What other problems are caused by light pollution?

A: Apart from the main subject of this conference, related to astronomy, we know that there are other problems associated with light pollutin. One of these is that once a pattern of behaviour has been established in a community, a people, or a group of people, it is very difficult to change this, and we will need to do this as their street-lighting increases-

Another problema related to light pollution is that it also affects other living  creatures, mammals, and also certainly plants, and above all we need to point out that it affects human health. We need to make people aware of this so that more care is taken with urban public  lighting. That’s why this kind of conferences are very important.

Q: What challenges have you faced as a woman and what challenges do women in general meet in the world of science when they take on a professional career?

A: I am only the second woman president of the International Astronomical Union and the second person from Latin-America. The IAU will celebrate its 100th anniversary in 2019 and after a century only two women have been presidents: the French astronomer Catherine Cesarsky and I.

I would like to clarify that the challenges facing a woman in science at the present time are the same as those faced by a man. It is hard to get a job, it is a continuous career to which one must dedicate many years, and which it is not easy to interrupt. So the challenges are the same, but there are also more, because apart from all the scientific work she has the challenge of forming a family, if that is part of her plan for life, at moments when she is still young, and she does not have security in her research career, or a fixed job, or a fixed city in which to work. This makes things more complicated, and has to be added to the intrinsic difficulty of the situation for young scientists in general.

I think that the next challenge, and here perhaps I am showing my age, is that a woman scientist should be able to foresee her success, totally, with a good possibility of achieving her hopes, because often I find that part of the problem is our own limitation, our self-censure. We need to overcome this, and as we do so we will be able to look forward, and make increasing demands. If we do not make this a part of ourselves it is very difficult to project confidence, this need, and the respect we require. I am speaking for myself, as a person who has gone a long way forward in my career, and don’t know to what extent this is applicable to young women in other countries.