“NIÉPCE: from the negative to the positive”, a tribute of astronomy to photography 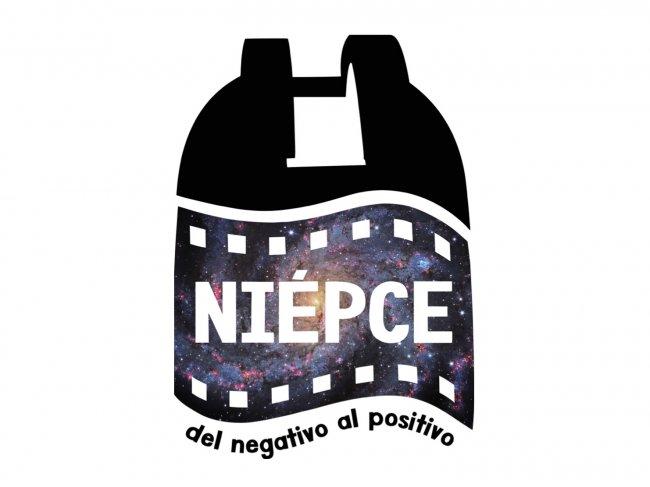 Logo of the project "NIÉPCE: from the negative to the positive". Credit: Inés Bonet and Gabriel Pérez (IAC).
Advertised on
17/11/2016

In the framework of the Weeks of Science and Innovation in the Canaries, 2016, organized by the Canary Agency of Research, Innovation, and the Information Society (ACIISI) of the Canary Island Government, yesterday the project “NIÉPCE, from the negative to the positive” was presented in the Museum of Science and the Cosmos, of Museums of Tenerife. In this project the aim is to pay tribute to photography for having permitted the exponential growth of the data obtained with telescopes, at the 200th anniversary of the first photographic negative in history. It was the French inventor Joseph Nicéphore Niépce, who obtained the first negative in 1816 and the first positive in 1818, which explains the title and the three years’ duration of the project.

“NIÉPCE: from the negative to the positive” is an initiative of the Instituto de Astrofísica de Canarias (IAC) via its Unit for Communication and Scientific Culture (UC3) with the collaboration of the scientific institutions of the Canary Island Observatories, among these the Gran Telescopio CANARIAS (GTC), the largest optical-infrared telescope in the world, of the Museum of Science and the Cosmos (MCC), and the Starlight foundation. It is also patronized by the Severo Ochoa Programme of Excellence of the Secretatiat of State for Research, Development and Innovation of the Ministry of Economy, Industry and Competitivity. We have also contacted with the French Embassy and with the Niépce Museum of Chalon-sur-Saône, which might finally collaborate.

In the opening ceremony, there was a summary presentation about the origins of photography and its relation with astronomy by the project coordinator Carmen del Puerto, and Elena Mora, a journalist in the UC3, followed by the projection of spectacular astronomical images by the astrophotographer Daniél López, on which he himself provided a commenatary, and the presentation, by the outreach astrophysicist Alfred Rosenberg, of the “Fotomatón Cósmico” which had just been installed at the Teide Observatory, in Izaña (Tenerife). This is a remotely controlled astrograph, designed to take wide-field astronomical images of great depth. Its objective is to develop projects for a range of different audiences, such as the itinerant exhibition “100 SQUARE MOONS” designed to be shown in schools, preceded by the relevant training of the teachers, as well as the competition “Send us your piece of the sky” with amateur astronomers.

The objective of the project is the production and organization of a new set of images obtained with the Canary Island Telescopes, among them the astronomical image of the month from the GTC. With these pictures the aim is to produce itinerant exhibitions (constellations, nebulae, galaxies, the Sun, the Moon…) videos, and audiovisual musical shows, to produce photographic material for children (albums for stickers, puzzles..) for use in the classroom, marketing products (calendars, posters--) and exhibits for museums, to organize talks about the relation between photography and astronomy, with tributes to its key personalities, and introductory courses of astrophotography given by prestigious astrophotographers, as well as competitions, mainly for amateur astronomers and for children.

The Observatories of the Instituto de Astrofísica de Canarias (IAC) are part of the Unique Scientific And Technical Infraestructures (ICTS) network.